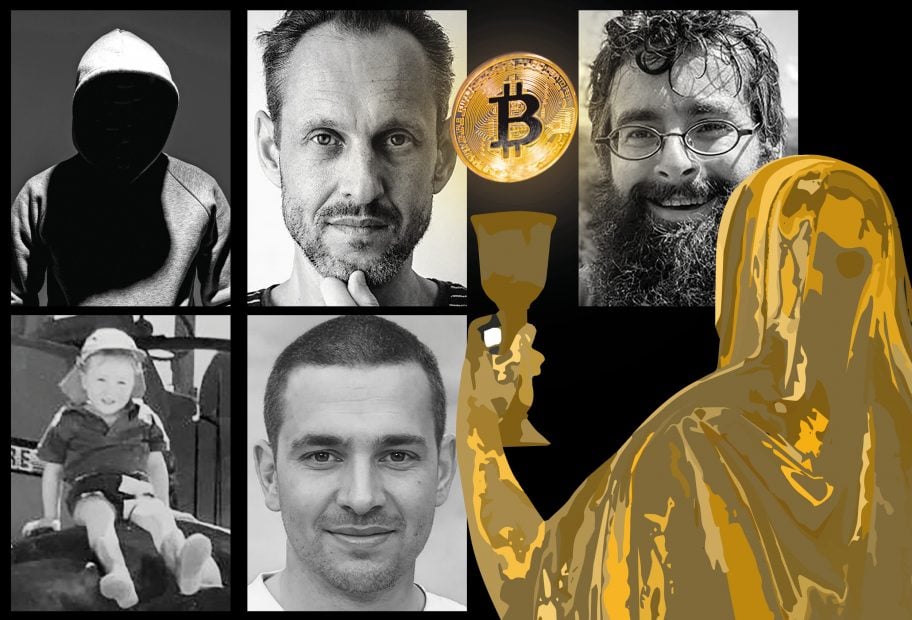 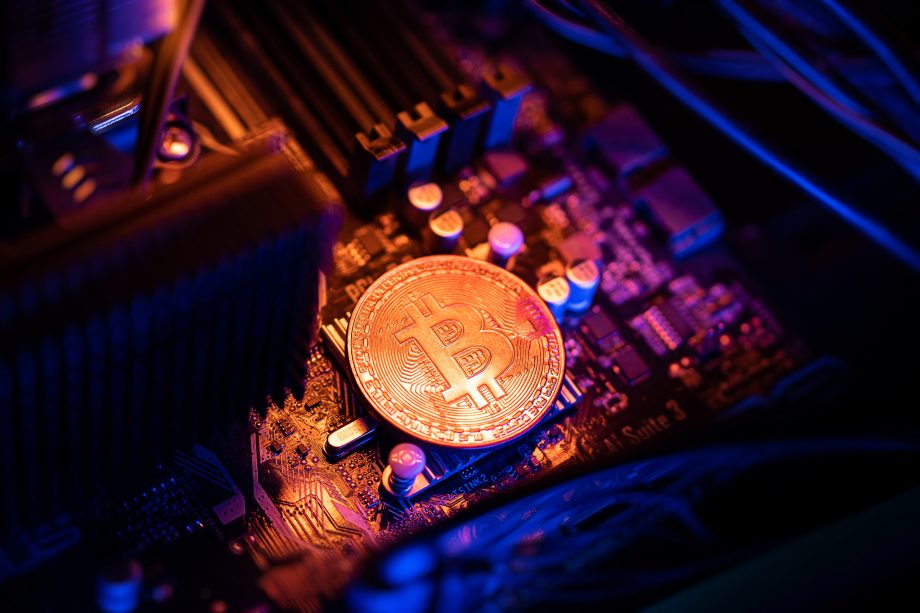 It appears that Square, the payment processor whose founder is also the CEO of Twitter, Jack Dorsey, may have just made its first significant hiring, at the same time confirming rumors of a Square native crypto.

The Twitter account called Square Crypto has just posted a couple of Tweets that may contain some actual information, announcing a first executive hire in the form of ex Google director Steve Lee. After announcing the hire, the next Tweet also made references to Bitcoin and blockchain, fuelling the crypto rumors even further:

Steve is an angel investor, startup advisor, and former Director at Google. He is also a volunteer PM helping to drive bitcoin adoption through open-source development, UX, and storytelling. Sound familiar?

Lee had previously worked on projects like Google Glass and Google Maps, and he himself responded with his own Tweet that all but confirms the news, saying “Bitcoin, not blockchain” before posting:

. @milessuter‘s dedication and focus on Bitcoin is a big reason I decided to join! https://t.co/4CmDpuQ4mD

According to Lee’s professional profile on LinkedIn, he has been volunteering a lot for Bitcoin projects and even claims to be a Bitcoin Core contributor, by reviewing and testing changes and coding, as well as general communication and project management.

It does seem clear that he is an outright Bitcoin (and not blockchain or crypto) advocate, something that Square will definitely find many parallel comparisons with. The Square app itself is 100% dedicated towards sending P2P debit card payments, and only allows buying and selling of Bitcoin and no other crypto. Its users are themselves chiefly Bitcoin-only users. And the hiring of a Bitcoin Core contributor can only suggest further Bitcoin-related improvements, such as a Lightning implementation. If true, this could open the door for thousands of merchants to accept instant, cheap micro transactions from the Square app.

The idea of a Square native crypto will seem to be a divergent path from that philosophy, however, so there should be plenty more speculatory observations to feed the Square rumor mill.

A Bitcoin enthusiast known as Cypherm0nk has shared an image of Twitter of an apparently successful operation of the Bitcoin Core client on the Nintendo Switch device.

From the image shared, it appears that the latest version of Bitcoin Core (0.18.0) is currently operating over a Linux Ubuntu operating system, booted up from the hacked video game console.

The user has also promised to show a slide deck and walkthrough on Medium, and after getting a steady stream of fans, including one who asked how effective it would be for usability, Cypherm0nk replied:

“Still #reckless – Docked mode / ssh is ideal but command line and most GUI’s can be navigated via touchscreen on the go.”

Another user noted the message “running bitcoin” as a reference to one of the earliest Bitcoin pioneers who Tweeted what is recognized as the first instance of Bitcoin software running, Hal Finney. They said: “Shout out to @halfin who’s probably running bitcoin in heaven right now. God Bless Him!”

Not long after Nintendo launched its Switch console, hackers found out that it could be hacked into a functional Linux tablet. With Linux installed, the hackers are able to run a variety of computer code compatible with the operating system.

Bitcoin core developer Luke Dashjr has revealed to CoinTelegraph that more than half of the full nodes securing the Bitcoin network have yet to upgrade to a version of client software that fixed the inflation bug detected in September 2018.

This means that the network is still under a certain level of threat to Bitcoin’s fidelity. The developer and others suggest that the opportunity to fully upgrade clients be taken now and the inflation bug eradicated, while positive momentum for Bitcoin price and interest is still observed.

The actual report on 8 May 2019 showed data that meant over 60% of Bitcoin full nodes were still running old versions of the software. The good news is that, since the publication of that report, about 10% of those old clients had upgraded to the latest version since, with the figure now standing at only 54% of Bitcoin full nodes yet to upgrade.

Theoretically, miners are able to manipulate the bug to inflate Bitcoin total supply above the maximym allowed of 21 million BTC, by using a single transaction to spend multiple unspent transaction outputs (UTXOs).

A fix was released in a new version in September 2018, patching and disclosing a Denial of Service vulnerability. It admitted that:

“On September 20th a post in a public forum reported the full impact and although it was quickly retracted the claim was further circulated.”

Dashjr believes that Bitcoin nodes actually number 100,000, despite most other sources only stating a more conservative sum of 10,000. This, according to the core developer, is because many sources only account for those nodes actively listening on the network. These nodes can be probed by open port connections. Those full nodes that are not listening, however, are not easily discovered as they are hidden behind firewalls or deliberately not configured to listen for new connections.

Dashjr proposes a simple fix to eliminate this risk: “Everyone upgrading to a fixed full node.”

The post Over 50% of Bitcoin Full Nodes Still Have Inflation Bug appeared first on BitcoinNews.com.

Bitcoin’s transaction volume is on its way to new levels, now touching rates unseen since the period following Bitcoin price’s all-time high at the end of 2017.

According to Jameson Lopp, chief technology officer at Bitcoin personal key security system firm Casa, “the system is improving and growing”. Data from transactionfee.info verifies that the Bitcoin is now reaching the highest volume levels since January 2018. Lopp has just published his own analysis of Bitcoin’s recent performance in which he writes:

“A variety of improvements in block propagation have been implemented by Bitcoin Core over the past couple years and as nodes are upgrading, they appear to be having an effect. There’s also a new highly performant miner relay network.”

Lopp sees the combination of lower transaction demand, coupled with improved fee algorithms, along with adoption of segregated witness (SegWit), and transaction batching, resulting in far more efficient use of block space. In 2018, the percentage of BTC transactions spending SegWit inputs increased from 10% to 40% according to Lopp, who added that “the average BTC transaction size found its peak at 750 bytes in February before falling to 450 in the fourth quarter of 2018”.

Casa’s tech officer points out that this year, the market dominance of BTC returned to over 50%, after falling to 32.5%, concluding:

“The number of reachable nodes didn’t fall much in comparison to the exchange rate — my suspicion is that people who run these nodes are highly dedicated to Bitcoin and/or using them for economic purposes, thus they are unlikely to turn off the node due to exchange rate volatility.”

Apparently, since Bitcoin Core 0.14.0, a bug was accidentally introduced where someone could spend the same input twice in a single transaction. Were this broadcast to the network, every Bitcoin Core client receiving the transaction would crash. This bug could not be exploited by anyone, however, only by a miner who finds a block. If a miner double spends in a block they would surrender their 12.5 Bitcoin mining reward, a significant sum of money worth nearly USD 80,000. However, a bad actor willing to lose that much to harm the network could crash 90% of Bitcoin’s full nodes.

The only full nodes that wouldn’t crash were those running the latest version or versions earlier than 0.14.0, or a type of full node software that is not Bitcoin Core. As of this writing on 19 September, only about 1,250 Bitcoin nodes have upgraded to Bitcoin Core 0.16.3, which helps the situation, although it remains a critical problem. There are fewer than 10,000 Bitcoin full nodes and if this bug were to be exploited, especially now that people know about it, it could cause that number to plummet to about 2,000 full nodes.

Although it is worrisome that this critical bug existed in the Bitcoin Core wallet software for so long, it has never been exploited and is now fixed. There is some controversy about this situation, with some people saying it shows the weakness of Bitcoin Core, although it actually demonstrates how the Bitcoin Core team can respond to bugs and fix them in a timely fashion.

A new version of Bitcoin Core, 0.16.1, has been officially released by a group of 19 Bitcoin Core developers on 15 June 2018. This is the first update to Bitcoin Core since 0.16.0 in February 2018 which implemented full support for Segregated Witness (SegWit) to fit more transactions into blocks and reduce transaction fees.

In this update, the “blockmaxsize” option has been removed, and now miners should use “blockmaxweight” if they want to limit block size. Several other bugs are fixed in addition to some policy and documentation changes which can be found in the PGP signed 0.16.1 release notes. Basically, there aren’t any major changes to Bitcoin Core with this release, but it is important to be running the latest software, so Bitcoin Core users should update to 0.16.1.

Bitcoin Core is the technology that actually runs the Bitcoin network, each computer that runs Bitcoin Core is considered a node, and the more computers that run Bitcoin Core the more decentralized Bitcoin becomes. Currently, 10,000 computers are running Bitcoin nodes in the entire world, a surprisingly low number.

Bitcoin Core is perhaps the best wallet software to use since it downloads the entire blockchain making it fully self-sufficient, so if a user has an internet connection with a fully downloaded Bitcoin Core, they will be able to transact bitcoins and don’t have to worry about 3rd party servers malfunctioning or going offline. It gives full control of the private key to users without storing the private key anywhere else, which is essential for keeping Bitcoin safe.